Steven Sizemore was a longtime participant at NUSC. He played with NUSC from U5 up through Travel , into high school at NHS and beyond. He was popular for always having a great attitude and consistent hard work and dedication. Those who played beside him were better for it because he would encourage good sportsmanship as well as a drive to improve. He had a true passion for the game.

Steven left this world too soon at the age of 20. In his honor, with the help of his family, we created this award to be given each Spring Season to one male and one female player in U15+ who display the same qualities that Steven possessed. We want to help the Sizemore family keep his memory alive. Emily Zepp has graduated from Noblesville High School and is attending Indiana University-Kokomo in the fall and is a part of clubs such as Capernum, Young Life, she volunteers at the Special Needs Ministry at White River Christian Church and was a member of the Noblesville High School Unified Track Team during her tenure at NHS.  In that last 2 years, she has completed mission trips to Haiti, Panama and recently to Belize, working with children with special needs.  She has since played Fall 2019 and is now participating in our Adult League.

Owen Davis was nominated for his exemplary attitude and work ethic with his peers on the field and in the community. Starting at age 4, Owen has been a dedicated soccer player at NUSC. Throughout the years as a soccer player he has earned the respect of his teammates by conducting himself with fairness, showing respect for one’s opponent, and his graciousness in winning or losing. His love and enthusiasm for the game inspired him to obtain his soccer referee license at age 13. Off the field, Owen has shown ongoing initiative and leadership by volunteering with various groups through his church and is section leader for Bass Drums with the Noblesville Marching Millers. Owen continues to demonstrate his work ethic and caring for his community as a Boy Scout with Troop 183. For his Eagle Scout Project, Owen chose to make a difference by giving back to a non-profit organization that has shaped his youth: NUSC. When Owen graduates in 2022, Owen hopes to attend Notre Dame catholic college to study engineering, continue volunteering through his church and follow in his dad’s footsteps as a youth soccer coach. 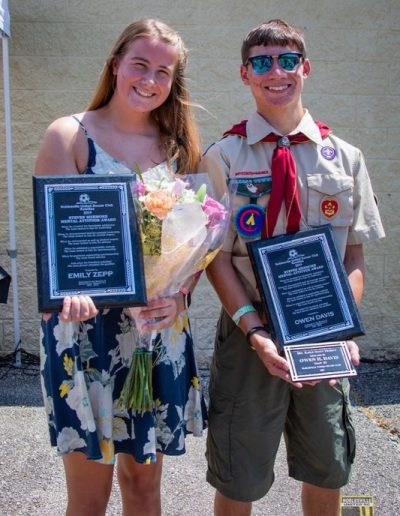 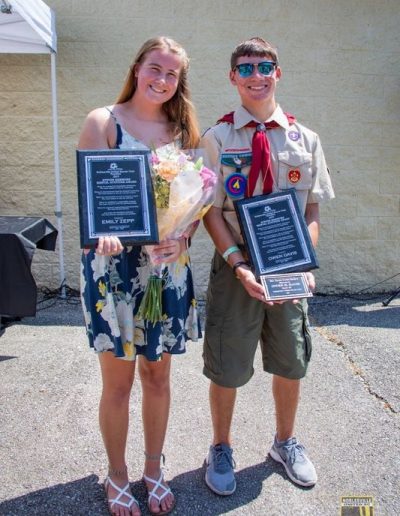 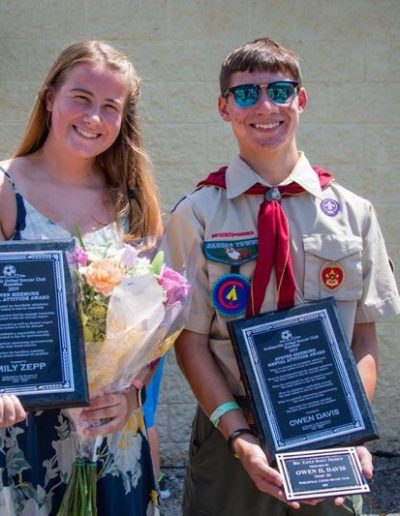 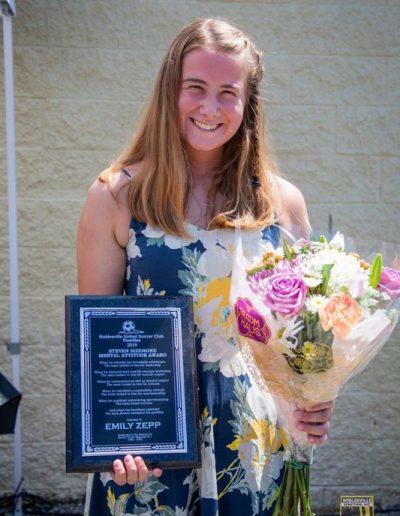 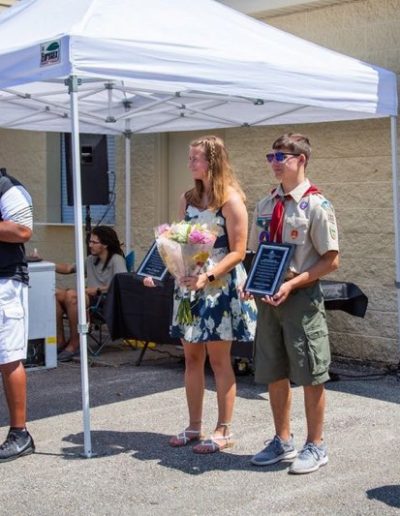 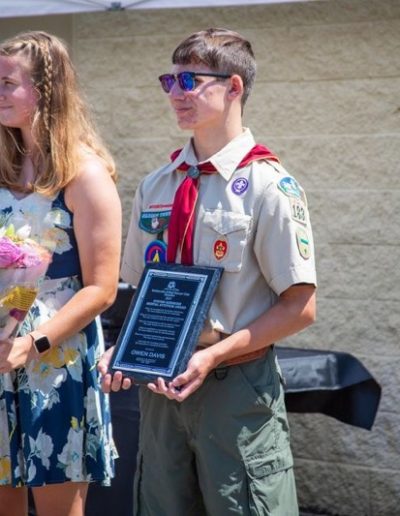 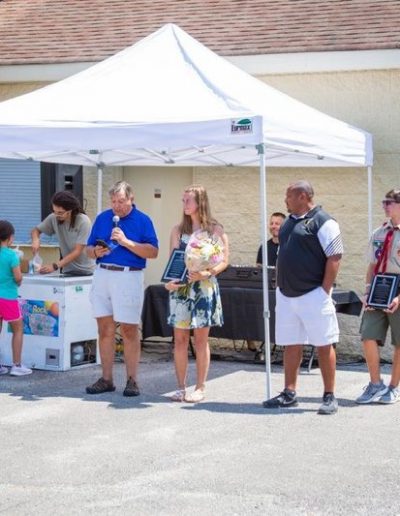 Evan Keith was nominated for his exemplary attitude and his work with his younger peers in the U14 and U16 age groups. He was always willing to attend practices with these groups and assist the coaches to develop the skills of their players. He was at NUSC on days his team wasn’t practicing to be of aid. He has been a positive example and someone younger players looked up to. Evan graduated from Noblesville High School in 2017. While he took a year off of school and has been working full time, he has aspirations as an entrepreneur.

Emily Zepp was nominated for her positivity and willingness to step up and help her peers. Emily works with students in the Elementary Schools in the special needs programs.  She has also attended practices with her younger peers to assist the coaches in developing the skills of those players.  Emily is currently a Junior at Noblesville High School.

Also Nominated
While he was not eligible at the time, we wanted to mention Kaleb Draper. He has an unending smile and a tireless dedication to his team. He is wiling to play any position his coach asks. While being very coachable, he sets a great example for his teammates by maintaining positivity at all times. Kaleb is in the U12 age division.

Keaton Minick was nominated for his willingness not only to play any position in any game, but also for stepping in to help coach his younger sister’s teams for several seasons. He displays a phenomenal attitude and a great passion for the game. This was noted not only by his coaches and fellow teammates but also by those not part of NUSC who had the pleasure of watching him play.  Keaton is graduating from Noblesville High School and will be attending Indiana State University in the Fall to study Education. It is his ultimate goal to work with children with special needs.

Natalie Watson was nominated for her passion and dedication to the game of soccer. She has played at NUSC since first or second grade. She chose as well to give back to the club by helping to coach younger age groups for several seasons. She has always been an aggressive competitor, but maintained a smile and positive attitude towards her teammates as well as her opponents. She became a referee and has been giving back to NUSC in that manner as well. Natalie is graduating from Noblesville High School. She will be attending Anderson University in the fall to double major in Psychology and Youth Leadership Development, and minor in Social Work. Natalie loves volunteering and working with children!

Both Keaton and Natalie have created and fostered friendships on our pitch that will last a lifetime because of the passion and attitude they possess. They both are honored to received this award and want to thank all those who helped them along the way.

Tyler McLaughlin for his dedication and stellar attitude. Will Bennett for his encouraging words and sense of humor to help pull the team together. Cheyenne Chase for her passion for the game, fair play and inspiration to other players because of her attitude. Devin Kastenschmidt for his integrity and sportsmanship as well as his dedication to NUSC.

We would like to congratulate all the nominees for possessing qualities that their teammates and coaches as well as parents and other participants at NUSC look up to. Please reach out and congratulate each one of these players!